Sometimes I really miss pastries like Vanilla Pudding Swirls (Vanille Schnecken) from a German bakery. I never had to make them myself since it was so easy to just grab one at one of the bakeshops that are kind of everywhere in Germany. A recent trip to Germany reminded me of all the wonderful baked goods and I felt like I just need to have one right now and here in Texas.

There are a lot of recipes for Vanilla Pudding Swirls on the web and most of them are pretty much the same. There was one though, that was standing out since it had yeast AND baking powder in it. I just wanted to try it and see if that has any benefit to the consistency. It doesn’t. The swirls turned out as I would have expected with just yeast in them. They were fluffy and soft. The outside was a little crisp though because I didn’t brush them with egg wash. I will definitely use egg-wash next time.

… to me, that is a match made in heaven! The traditional afternoon coffee that we Germans enjoy is often accompanied by pastries like Pudding Swirls. It is especially convenient since one can also eat it on the fly when you just grab something while heading to another appointment, running to the subway …you know what I mean.

The German name for Vanilla Pudding Swirls is Puddingschnecken and it can be translated to Pudding Snails. I decided to not use the word snail though and go with swirls instead.

Some notes on the ingredients: As mentioned before, I don’t think adding the baking powder makes any difference in this recipe. You can just leave it out. The vanilla sugar can be easily made with sugar and a vanilla pod and how that is done, you can learn here. Or you just use some vanilla extract instead. There is no real conversion how much vanilla sugar equals vanilla extract. I would use as much extract as you would usually use in such a recipe, my guess is that it would be 1 teaspoon.

Raisins are not given any love in this house but if you like them, use them as described in the recipe, they are optional. I have seen some people using chocolate chips instead.

Different countries might have different vanilla pudding packages. Like, in Germany, the sugar is not added to the package, meaning that the person cooking it adds it. Also, the way it is cooked is a bit different from American packages. Since people from all over the world are using my recipes, I did not go into detail about how I cooked the pudding. Please check your package instructions and know that my pudding called for 500 ml or 2 cups of milk. You can use a little less milk to make the consistency a bit denser but that will leave you with less pudding to spread. Alternatively, just add a tablespoon of starch to the pudding which will make it denser. 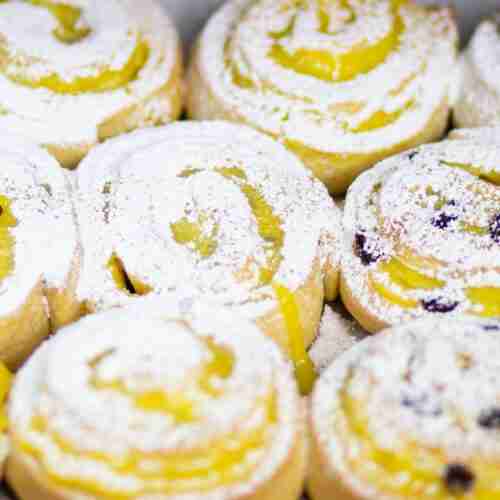 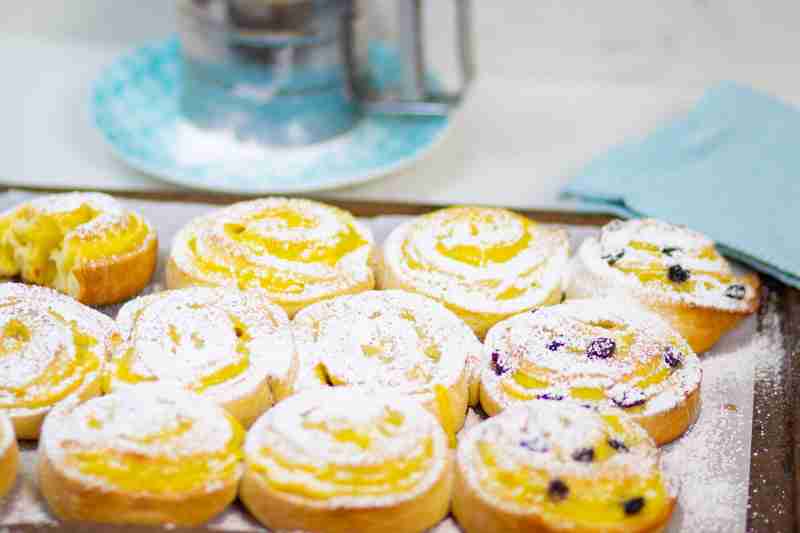