The 4 Sundays before Christmas, every family in Germany lights a new candle. It starts with one candle on the first of Advent and an additional candle gets lighted every Sunday. On the Sunday afternoons, we sit together around that wreath, eat Lebkuchen, drunk coffee or tea and listen to Christmas songs. German Gemütlichkeit (coziness).

In my childhood our Advents wreath was huge and it hung from the ceiling so none of us four kids could reach it and set the house on fire. The room was filled with the scent of fir and wax which contributed to our excitement about Christmas,

Most people buy their wreath at a flower store or at the farmers market but some make it themselves. I learned how to make it at school but until 2009 I preferred to go and buy my wreaths. But that year a neighbor invited me to come over for a wreath party. When I arrived, there was a table, completely covered in fir branches. There was plenty of wire and I brought my pincers and a base wreath. We all were standing around the table, everyone making a wreath, chatting, drinking some tea, enjoying Christmas treats … it was wonderful!

The base wreath is usually made from straw and can be bought at craft stores. Here in Texas, I got a different base and that’s OK. The only thing that bothers me is, that I found my German straw wreath in the garage just one week later.

So, making the actual Advents wreath is pretty easy:

You take a branch and lay it on the base wreath. 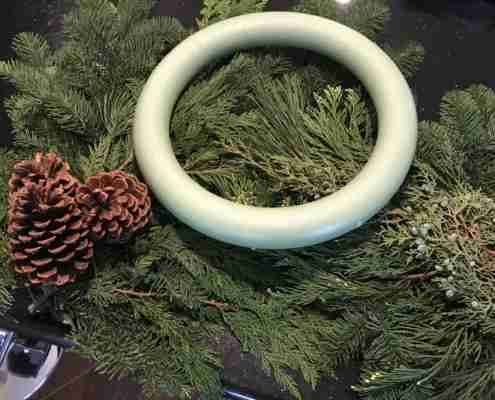 Next, you wrap some wire around it, to secure the branch. 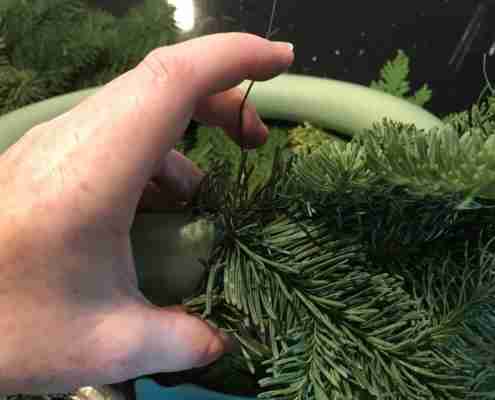 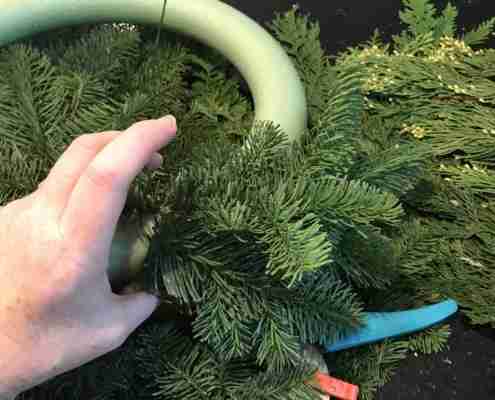 Then you keep adding branches and securing them by wrapping the wire around the branches and base until the base is completely covered.

To attach the candles, we have special candle holders which are simply a small spiky metal stick with a little plate in the middle. This is supposed to catch the hot wax and keep the candle from falling. 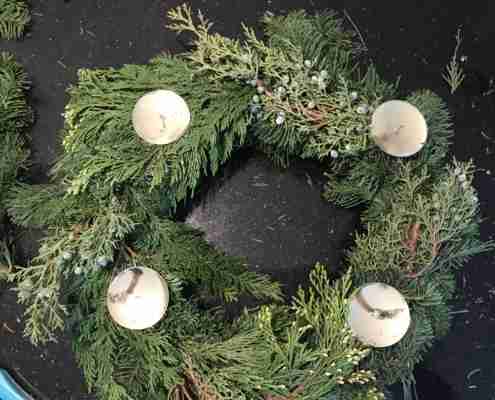 The wreath is then individually decorated. I decided to do a very simple decoration but some years my wreath is covered with tiny little things.

Of course, after a couple of days in the heated houses in the cold winter, the branches dry out, creating a fire hazard with the candles. Most people place a bucket of water nearby (just in case) and never leave it unattended while the candles are burning. 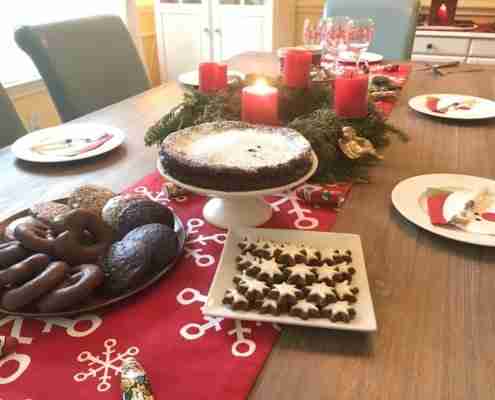 The history of the Advents Wreath

I can’t tell for sure that this is how it really happened but it’s the story I was told and it goes like this:

At an orphanage in Hamburg, called Das Raue Haus (it still exist but has a different purpose now) the kids kept asking their keeper how long until Christmas every day. One day he was so tired of explaining the days and weeks until Christmas that he took a big wooden wheel from a carriage or cart. He placed 24 candles on it and hung the wheel from the ceiling. He then explained to the children that when all the candles are burning, it would be Christmas.

Today, an Advents Wreath actually isn’t always a wreath. Here is another one that I made this year: 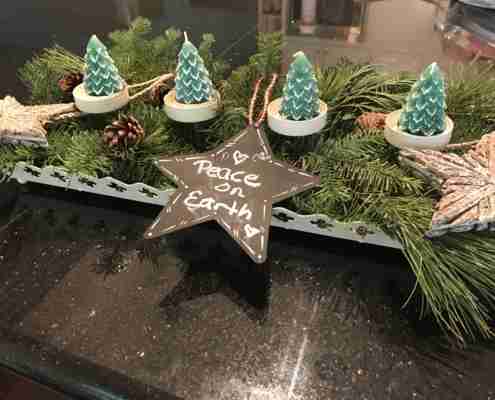