Kaiserschmarren (also known as Kaiserschmarrn) is a fluffier version of the German Pancake. It gets shredded at the end and caramelized – yam!

The recipe for Kaiserschmarrn is originated in Austria and one of the tales about it’s invention goes like this:

The emperor (the German word for it is “Kaiser”) Franz Joseph I. (1830-1916) loved Palatschinken for dessert. Sometimes the cook messed up and the Palatschinken (Pancake) broke or was too thick. It would have been unsuitable to serve this to the emperor, kind of “nonsense” … and the Austrian word for nonsense is “schmarrn”. However, schmarren or schmarrn is also the Austrian word for pulling, so it is unclear how this meal really got its name.

Video: How to make Kaiserschmarrn

Kaiserschmarren is a pancake that is a lot thicker and fluffier than the usual German pancake, which is also sometimes called a crepe because it is so thin. The fluff in the Kaiserschmarrn comes from the beaten egg whites. Other than our German pancakes, Kaiserschmarrn isn’t made with the whole egg at once. Instead, I divide the eggs and beat the egg whites until they are stiff and later add them to the batter with the yolks. 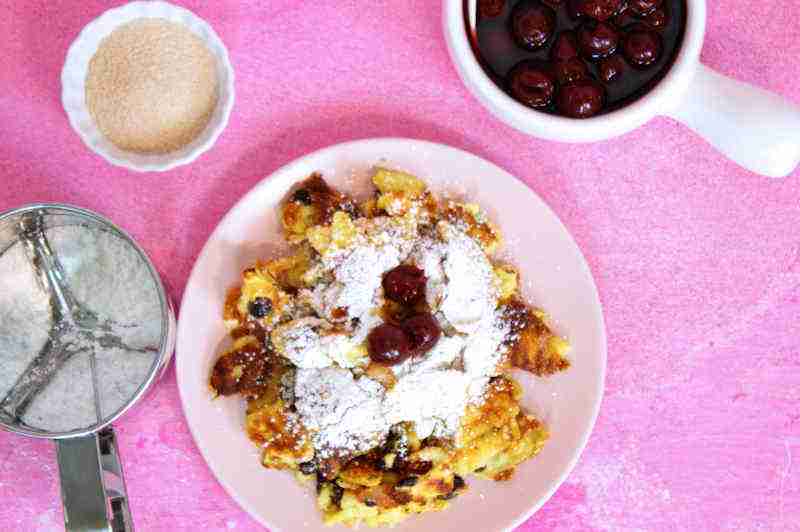 Butter and sugar are used for caramelizing and that is why in the end I add some butter and sugar to the shredded pancake. I let it caramelize in the pan and then serve it right away. 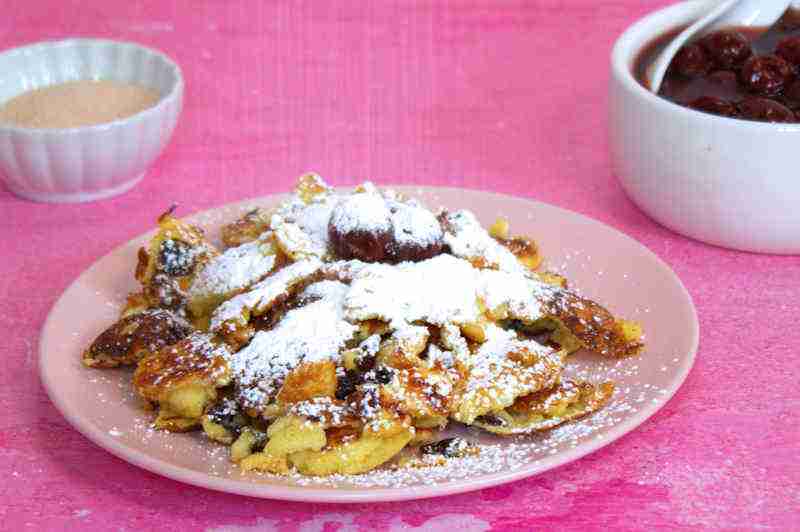 Traditionally we serve the Kaiserschmarren with a compote either from sugar plums, cherries, apples or strawberries. We sprinkle it with confectioners sugar or a mix of sugar with some cinnamon. It tastes best fresh but if you have a leftover it is also a delicious snack.

Kaiserschmarrn is a desert but it is very filling and I suggest you eat it as a meal or with some afternoon coffee. 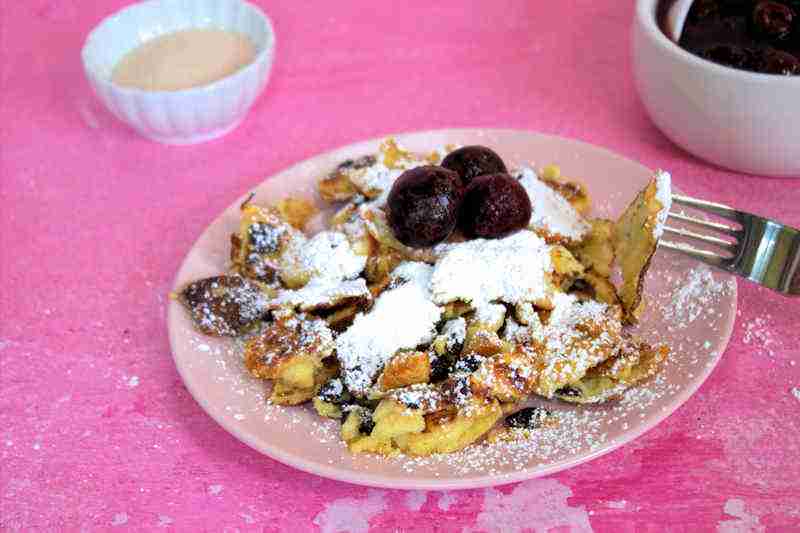 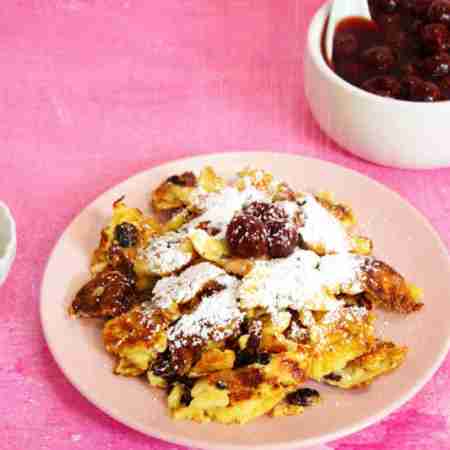 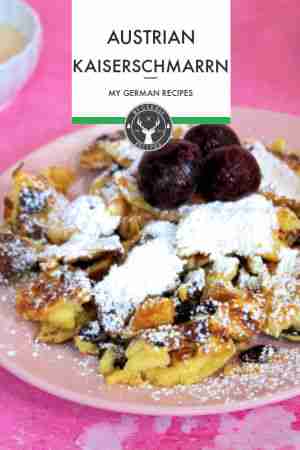