I came across this recipe last week. Italian pizza is something I really miss so I had to try it and … man, this was good! 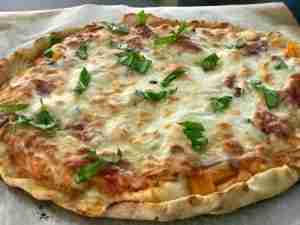 I like deep dish pizza, too, but to me, these two variations of pizza are sort of two different dishes, if you know what I mean. Italian pizza, however, is hard to get here in Houston. I try a lot of pizza dough recipes but this one is definitely one of my favorites now. 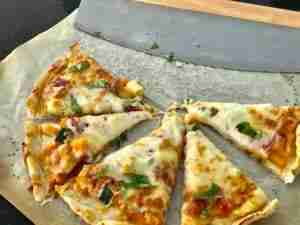 Flour is ground differently in Germany compared to here, so I had to make some adjustments to the water. Also, it‘s hard to get fresh yeast in Texas, don‘t know if other states are the same. You might have to use two packages of dry yeast instead of 42 g fresh yeast. 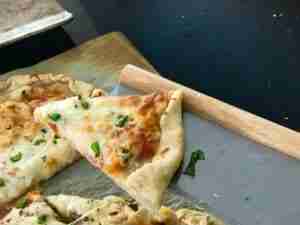 The topping of the pizza is up to you. I used the vegetables that I happened to have in the fridge: zucchini, tomatoes, bell pepper, onion, and garlic. I also cut some salami in smaller pieces and added fresh oregano. 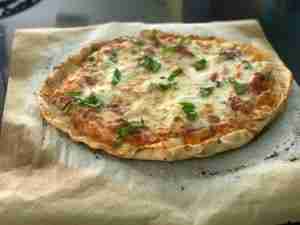 I cooked the vegetables in a saucepan before I put them on the pizza. Everything was cut in cubes and I used the cooked sauce instead of pizza sauce, then I added the salami and finally shredded mozzarella. 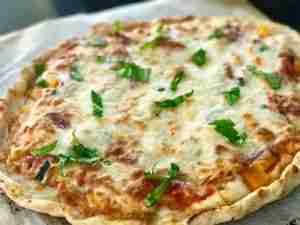 Years ago I bought a pizza stone for our grill but it not only works on fire. I use it even more often in the oven. I put it into the oven long before the pizza to make sure it is really hot.

I bake the pizza on the stone and it makes a nice, crisp pizza crust. 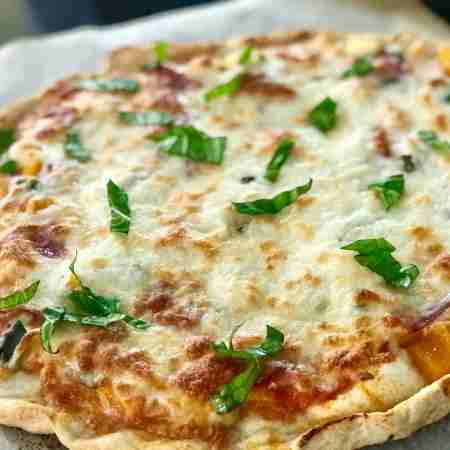 1 thought on “Italian Pizza with Salami”