Think of German food, what comes to your mind first: Sausage or Schnitzel? Either way, this is the food most Americans know if I ask them what German food they know. Here is a quick way to make Schnitzel with Hunter Sauce (Jägersoße). 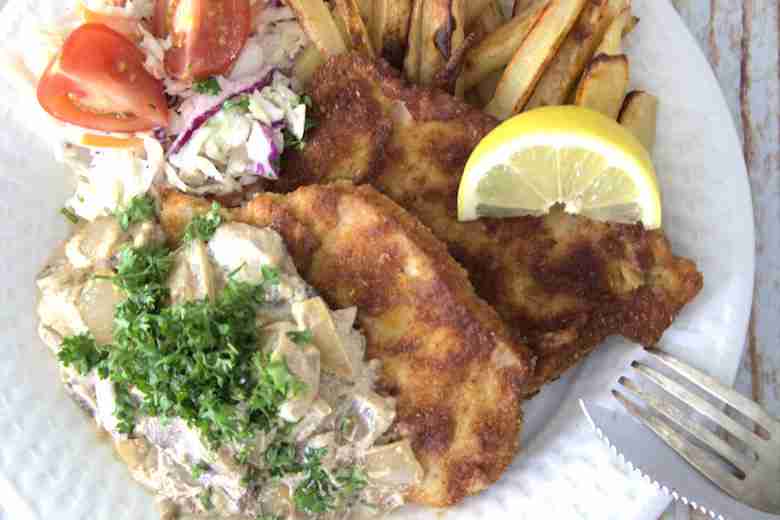 This recipe is the standard recipe for Schnitzel and it is really easy and not too much work. Often combined with a Schnitzel is the Jägersoße (Jaegersosse) or Hunters Sauce. It’s a simple but tasty sauce from onions and mushrooms.
In the original recipe we use “Creme Fraiche” but our grocery charges so much for a little cup of it, that I use sour cream and a little extra cream instead.

In Germany, we call French Fries “Pommes” which is short for “Pommes Frites” and that is French. Most of the restaurants in Germany have “Pommes and Schnitzel” on their menu but another (probably even more) classic combination is Schnitzel with potato salad. There is usually a garnish of salad, tomatoes and parsley on the plate and some lemon wedges. I wanted to decorate the plate on my picture just like that but it turned out, that my husband had used the salad the evening before. I still had some coleslaw in the fridge so I had to settle for that. 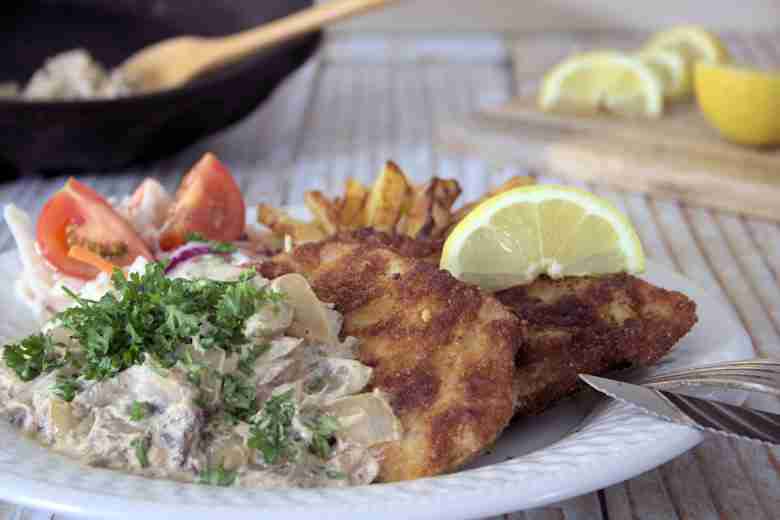 Both variations are common but again very regional: The Wiener Schnitzel (Wienerschnitzel) is made with veal and the German Schnitzel is made with pork. Meanwhile, people even make Schnitzel with chicken filets which brings us back to American Chicken Fingers, right?

Thinly sliced meat is something that has become more common at German groceries over the years but in my childhood, the butcher would cut them at least thumb thick … and butcher thumbs aren’t thin! If we had made the Schnitzel like that, the breading would have burned until the meat was done. So, to avoid that, we had this meat hammer and would just flat the meat with it until it had the right size. It would of cause also make the Schnitzel like double the size that I have in my video. So if you are adventurous and have a meat hammer, just go ahead and make yourself a huge, flat Schnitzel from a regular sized slice of meat! 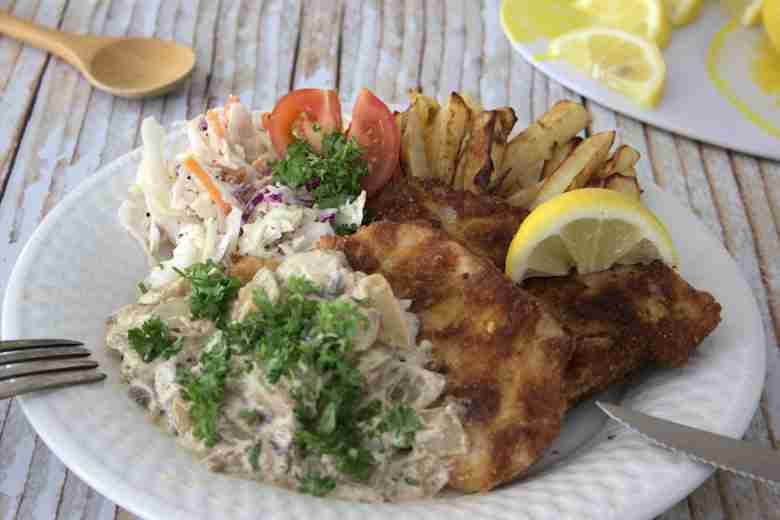 Schnitzel on the stick or in a bun

German Schnitzel also tastes when it’s cold! If you want to serve Schnitzel as an appetizer at a party, just cut the meat into smaller pieces, fry them and put them on a stick afterward.

At a German gas station or other places with “snacks to go” you can also often find rolls with Schnitzel as a kind of sandwich. They simply slice a roll, spread some mayonnaise onto it, add a salad leaf, some tomatoes and the Schnitzel. Almost always there will also be a slice of lemon with it. 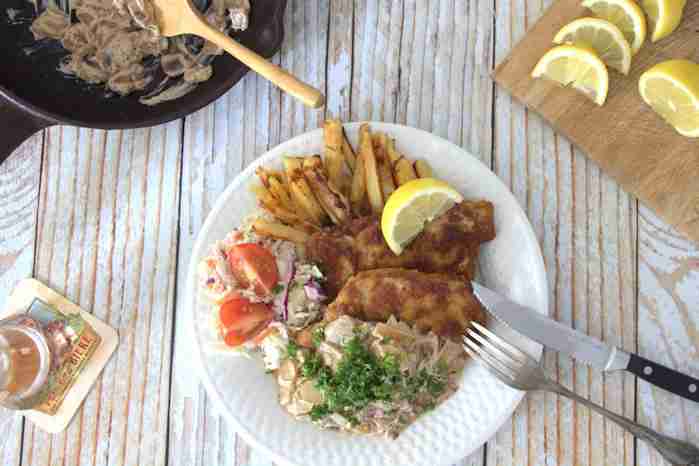 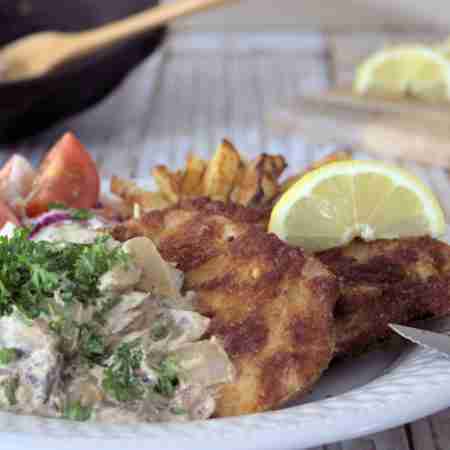 For the German Schnitzel 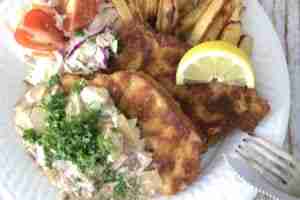