Like every German I am of cause obsessed with bread. And like every German who has moved to another country, this is what I miss the most when it comes to food. Baking a bread that tastes like German Bread is kind of the holy grail for expats and emigrants from my country and I am no exemption. I spent quit a bit of time with trying to bake a bread like from a German bakery. 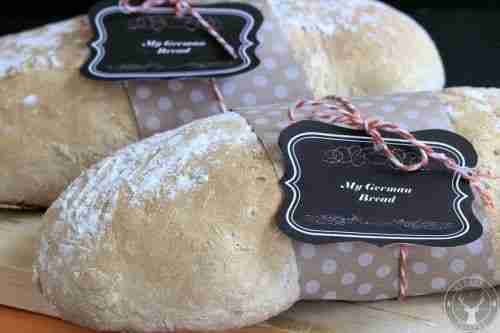 In this post the bread that I want you introduce you to is from a very special 400+ page thick book in handwriting, that has been created by farm women from Pasching in Austria. 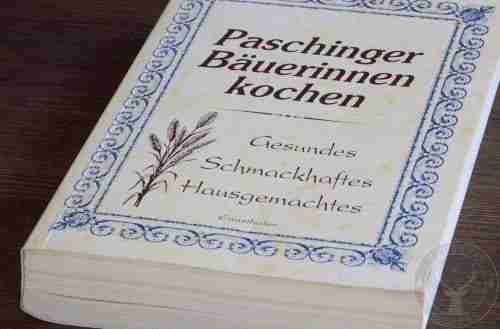 They have collected many of their village’s family recipes and called the book “Paschinger Bäuerinnen kochen” (Pasching’s farm women are cooking ISBN 3 85068 338 9). 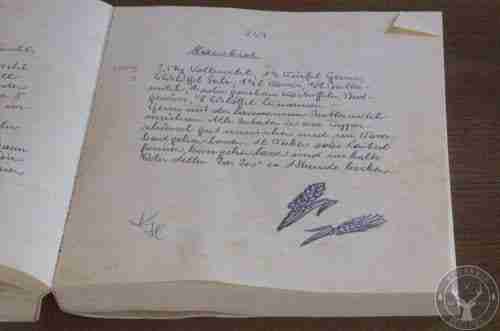 Originally this book has been a gift from someone to a friend of mine. This friend has been immigrated with her family from Germany to the US as a teenager in the 50ies. Though she loved the book, she unfortunately had trouble to read the handwritings and understand the Austrian words for measurements and ingredients which are often different from German. Honestly, I can’t blame her! I also have trouble to understand Austrian words sometimes and the handwriting is indeed very difficult to read. I however was able to read and understand some of the recipes and try them.

Well, these women must have a lot of family members! I don’t even know how they find the bowls to mix the ingredients together! I used half the amount of everything (also in this pages’s recipe) and still it was a challenge to get it all into the large bowl and let rise. 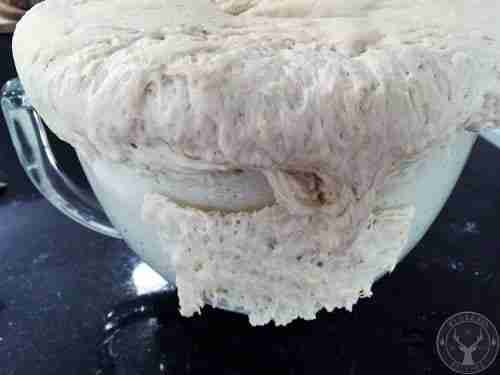 One ingredient is “bread spice“. My father in law just brought me some of it, but usually I make it myself.
At our grocery HEB they claim to have German bread and I would agree, if they wouldn’t overdo it with the caraway seed in their bread spice! It’s supposed to be just a hint, hardly to recognize as caraway seed in the taste. I mean: Who likes the taste of caraway seed anyway? OK, if you disagree, use as much of it as you like but I prefer to keep it as little as possible so no one will even guess it’s in there. 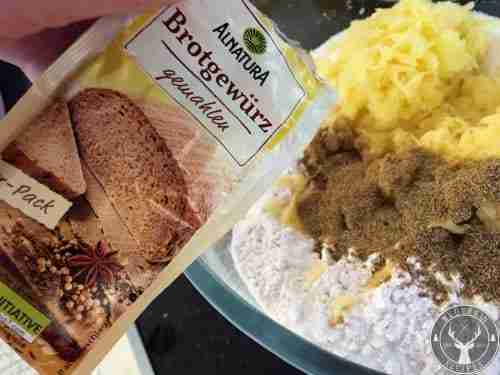 The bread turned out very good and was delicious. I froze some of the loaves because it was too much to eat in a few days and fresh bread turns dry after a day so I wanted to preserve the freshness and moisture of the remaining breads for another day. Often I also give bread to friends. It is a German tradition to give new neighbors a loaf of bread and some salt after they’ve moved in.

Enjoy this bread (warm is always best) either with butter and whatever you like on it or as a side to a salad like at a restaurant. 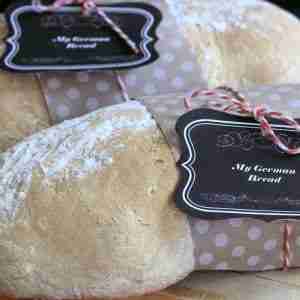 Barbara
Though the title says "German", it really is from Austria ... but we are neighbors, so we can borrow! ;-) Remember, the ingredients are too much for a bread maker machine!
5 from 1 vote
Print Recipe Pin Recipe
Course Breakfast, Sides, Snack
Cuisine Austria, Bavaria, German
Servings 3 loafs

Instead of loafs one can also make rolls.
Tried this recipe?Let us know how it was!