Before we talk about the Frikadellen recipe, let me tell you some interesting things about “Frikadellen” aka “Fleischklops”, “Fleischpflanzerl”, or “Bulette” – it depends on the region how you call it! It’s the German version of meatballs or a burger patty.

If you are looking for German Meatballs in creamy sauce, that’s Königsberger Klopse. Find the recipe for that HERE …

There are probably as many frikadellen recipes as there are cooks in Germany. However, usually, they have the same basic ingredients.

Frikadellen and the invention of the Hamburger

Frikadelle is of cause related to the hamburger. There is this tale but I’m not sure if  it is true: At the world fair in New York a man from Hamburg, Germany sold Frikadelle. He had trouble to serve them since they were hot and he had no plates. It is told that he bought some rolls or bread and put the Frikadellen between it. Now people could hold them in their hands. That’s probably how it all started and why they are called “Hamburgers” even though there is no ham involved. But there are other stories and people who claim the idea too. To me – since I was born in Hamburg – the story with the world fair sounds best … here is MY local pride.

There are probably as many frikadellen recipes as there are cooks in Germany. However, usually, they have the same basic ingredients.

Here is my favorite although I always vary it a little bit. One can eat them with ketchup or mustard or make a delicious gravy. 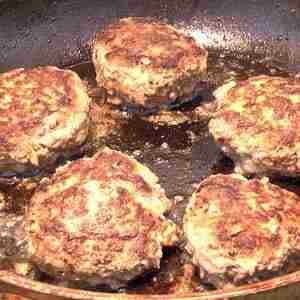 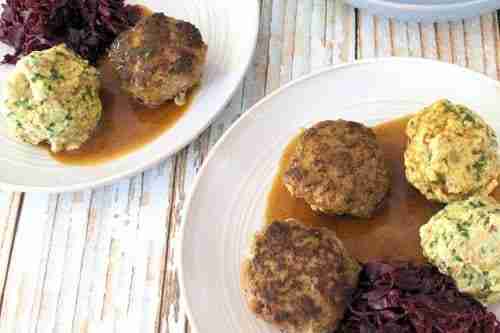 Tried this recipe?Let us know how it was!
Summary 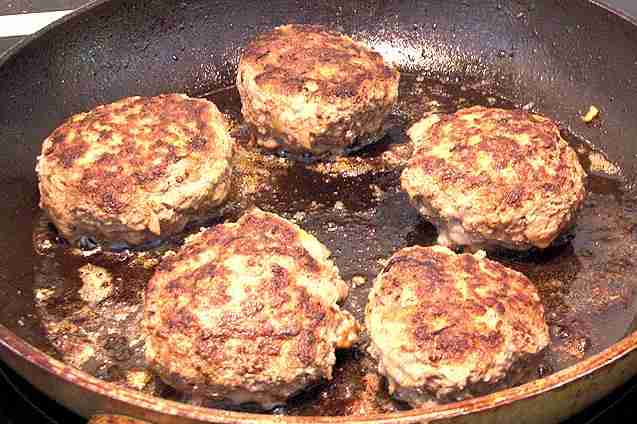