This recipe for fried Snowballs is a regional specialty from a German town, called Rothenburg ob der Tauber. I have never heard of it until a friend at the gym told me about it. She visited Germany and came across these fried Snowballs which she loved. Searching for the recipe, I got lucky since I also found a video from a bakery that shows how they are made. I think otherwise I would have never figured it out!

Unfortunately, the bakery didn’t share the recipe (which I understand though) but I found one on a recipe sharing website. Apparently, it differs a little from what they described in the bakery since they seem to use more eggs and a little sugar. I decided to play it save and sticked to the recipe instead of experimenting with the ingredients.

I covered the snowballs in a glaze from confectioners sugar but you could also cover them with chocolate or even add some sprinkles. It seems that the bakery has a lot more options but they didn’t share such details, either. However, we liked it with the glaze!

My Fried Snowballs look a little more like yarn balls. That is because I don’t have the original tool to shape them into a tight, round ball. I tried my best to shape them with two slotted spoons and I think the shape doesn’t affect the taste.

Here you can watch how they are made at that bakery:

Experimenting with the dough

If you have watched last week’s video about the Split Pea Soup, you might have noticed that little heart shaped thing on the pictures. Actually, I made both videos on the same day and when I had some of the snowball dough leftover, I decided to use a cookie cutter to cut it into a heart shape and fry that. It turned out very nice and since there is no sugar in my dough, this can definitely be used as a cracker or so for soups or as some sort of chips (crisps, if you are British). 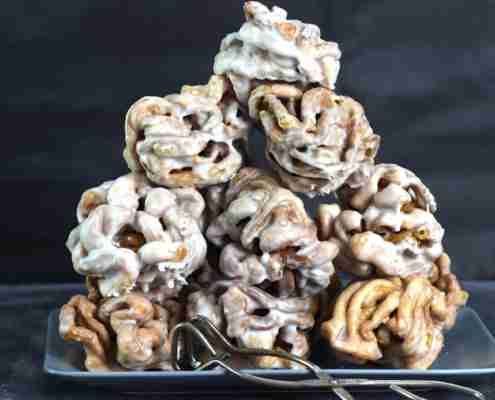 I used a peanut frying oil for this recipe. The temperature for the oil is supposed to be 350°F or 180°C. Once they are in the oil, the snowballs stay there for 5 minutes. I personally think a little less time in the oil would be ok, too, since I don’t like them too dark. 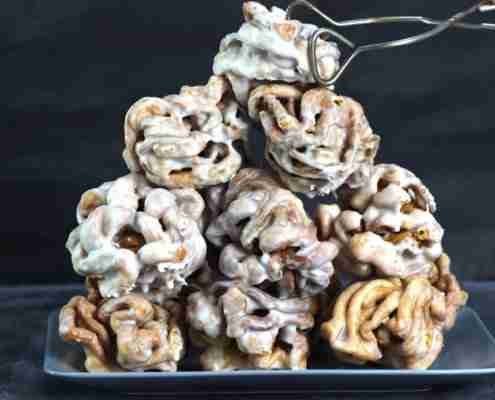 Well, this is definitely nothing you can eat in one bite! I was mostly breaking pieces off the snowball or tried to nibble my way through it. Once you start with eating them, it is hard to stop though. So additionally to the sweet taste, it is also a lot of fun and some sort of occupation while you eat it. 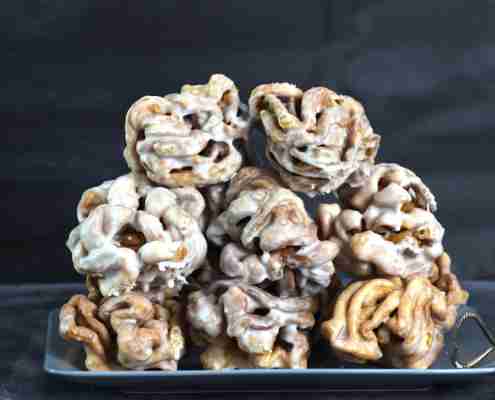 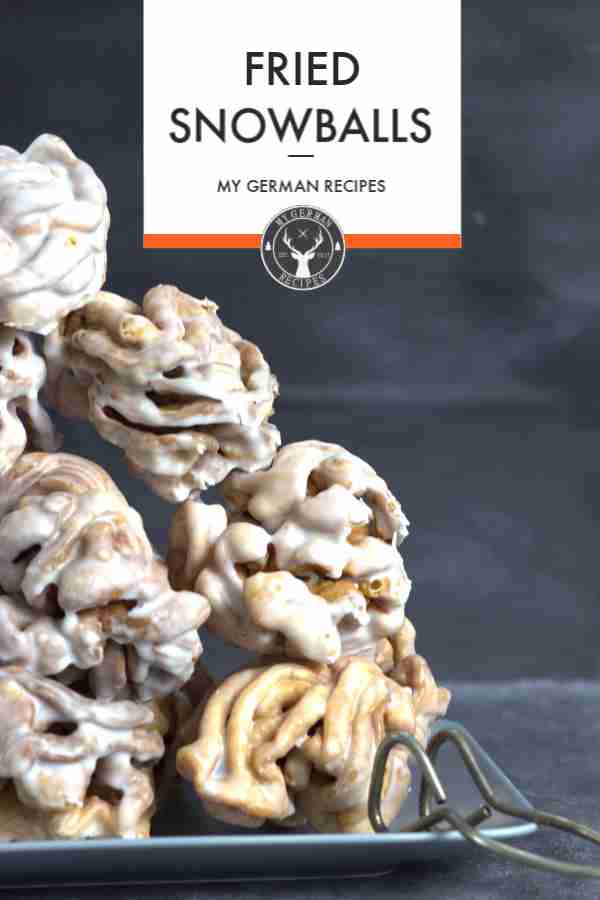 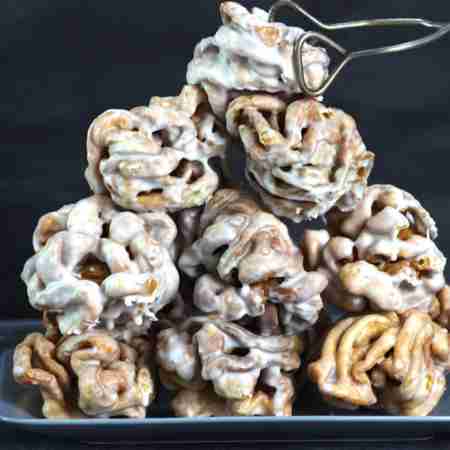 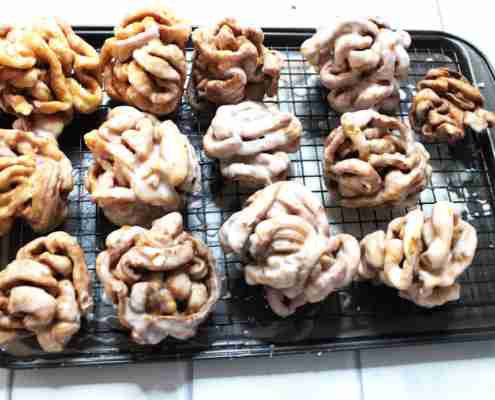 5 thoughts on “Fried Snowballs from Rothenburg”