If I say the word “Eierlikör Torte” (= Egg Liqueur Cake or Egg Schnaps Cake), the eyes of my father in law instantly start to brighten up and a wide smile goes over his face. He loves it! … and so does everyone else.

You can get Egg Liqueur Cake every time of the year but Easter is basically its primary season. 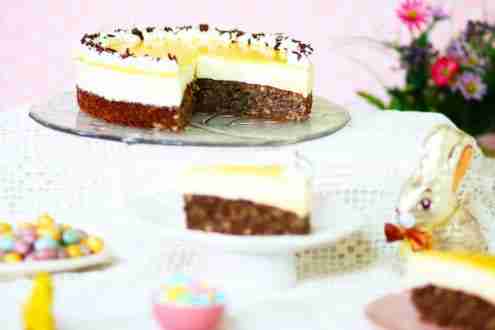 Some people make the Eier Schnaps from scratch but I personally don’t like to mess with raw eggs here in Texas so I buy mine. However, if you want to blow out eggs to paint on them, you might have some eggs to use and they are perfect for the first layer of this cake.

This cake has it all: It tastes fantastic and it looks fabulous and as a side effect one might feel a little tipsy after a slice or two. In my opinion its a sweet end for an Easter Brunch!

The bright yellow color brings some sunshine on your table – very much needed after the long, German winter! So no wonder everyone wants to bake it for an Easter Cake. 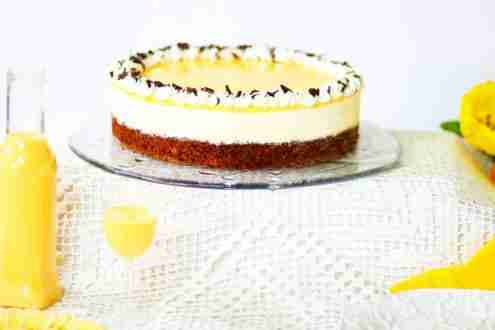 It should be obvious but I still want to point out that this cake has quite a bit of booze and should not be eaten by children or even teens. If you feel like it is too much to ask for from your kids to stay away from it, maybe change the recipe a little bit: Instead of the Egg Schnaps, you can use some strawberry puree and trade the Kirschwasser / Amaretto for some strawberry syrup. 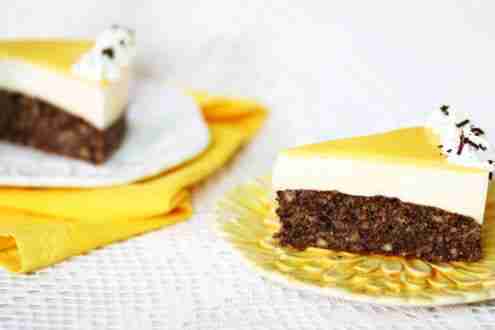 Eierlikör Torte takes time and it’s definitely not a cake you can bake last minute. The first layer has to be mixed in several steps and then needs to bake. Then it needs to cool. The second layer can only be made when the first layer is completely cooled and in order for the gelatine to become solid, you have to wait another two hours. Once that is ready, the third layer also needs to be made and get firm in the fridge. Decorating is the last step and takes a little time, too, if you want to go fancy. So, I recommend to make this cake a day before and just do the decorating on the day you want to serve it. 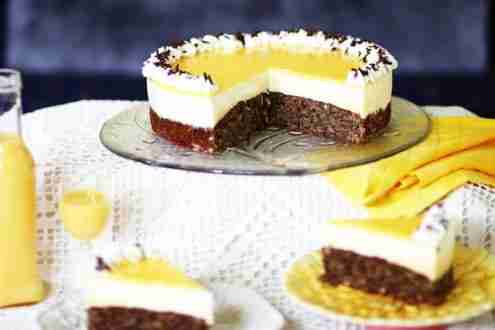 About the Egg Liqueur

We call it Eierlikör in Germany and a common brand is Verpoorten Advokaat. The name sounds Dutch and the reason for that is that it was invented near the German-Dutch border. Fun fact: It was first made with Avocados! They made it like that in South America but wanted to enjoy it in Europe, too. Back then they couldn’t have them in Europe, so they tried eggs and it was perfect!

I have published a recipe with Verpoorten, before: Schneeflockerl

The German Original doesn’t come cheap (around $27) but the quality and taste are worth the spending. It sometimes appears that other brands are cheaper but at a closer look, it turns out that those cheaper bottles are mostly just smaller with only 700ml (70 cl). 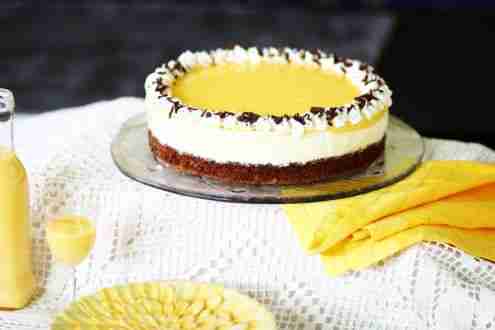 Other ingredients and Tools

In order to keep the whipped cream for the decoration in the shape I piped it, I use Sahnesteif, a whipped cream stabilizer. It is a German product, here sold as WhippIt. You can get it at amazon: https://goo.gl/cq3RZR

If you don’t have it, don’t worry: You can either leave it out or use 1 – 2 teaspoons of corn starch.

If you don’t have a cake ring, you can use the ring from the baking pan. But first remove it from the cake after baking, so the first layer doesn’t stick to it. Then put it back on for the Filling. If you want to get a Cake Ring, this is the one I am using: https://amzn.to/2HOtGPa

Kirschwasser can be translated to Cherry Water but don’t be fooled, it’s not water at all. It is a clear Cherry Schnaps. When I looked online, I only found the large bottles but usually, there are small bottles (pocket size), too. Here is a Link for a large bottle from a cheaper brand: FIDELITAS KIRSCHWASSER

Kirschwasser is also used for Schwarzwälder Kirschtorte (Black Forest Cake). So if you plan on that, a lage bottle might be just right! 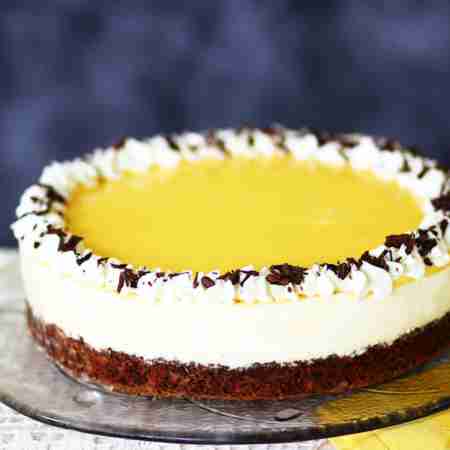 Keyword Cake
Tried this recipe?Let us know how it was!