This German Cucumber Stew was a classic in my childhood. We grew a lot of vegetables in our garden and when cucumbers were ripe, we had this stew every week and never got tired of it.

Some people may think that there is not much to cucumbers other than water but they have a lot of antioxidants. They are also great for hydration and contain Vitamin C (14% of the RDI), Vitamin K (62% of the RDI), Magnesium (10% of the RDI), Potassium (13% of the RDI), Manganese (12% of the RDI). [source: https://www.healthline.com/nutrition/7-health-benefits-of-cucumber#section1]

Cucumbers also have only few carbs, which make them a perfect ingredient for a Low Carb or Keto recipe. This recipe is actually perfect for the Keto Diet, just add a good amount of cream and voila – you stay in ketosis! 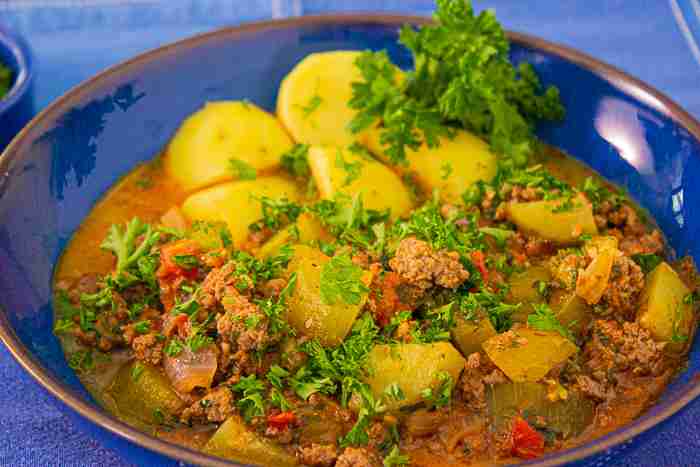 The cucumber stew makes a great, quick healthy and hearty dinner for the family and comes at a low budget. That’s why I opt for the more expensive grass-fed beef. Not only is it better for the animals to be fed with their natural food, but it also gives the beef a much, much better taste!  The cucumbers and tomatoes are in season and really cheap right now and parsley and tomato paste only cost a few cents. One could eat it without any sides but I found that it doesn’t keep us full until the next meal, so I prefer to serve it with potatoes or rice, so we don’t start snacking in between the meals.

Usually, I cook enough for two days or to put half of it into the freezer. I actually made enough for an army once, when we renovated our kitchen and only had a freezer and a microwave for several weeks. 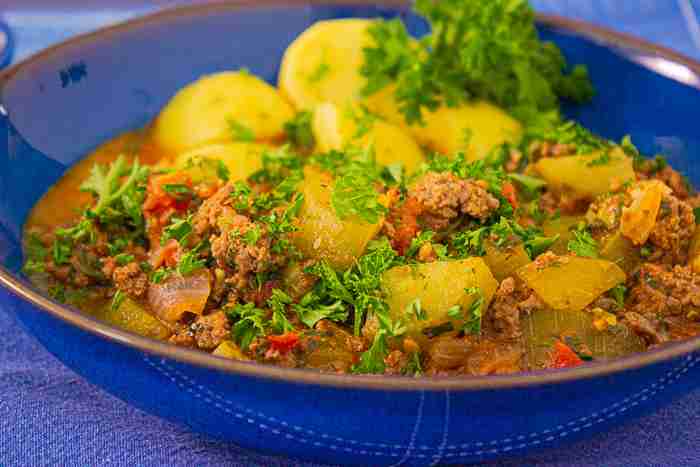 As I mentioned, this is a cheap meal in Summer while during Winter the vegetables are definitely more expensive. I usually promote to eat what the season provides in your area. But truth be told, we also love to eat Cucumber Stew during the winter time because it is so belly-warming on cooler days – which we do have in South Texas! Especially in January and February, it can be quite cold and even freeze in the night. On very few occasions we even have snow. So, keep this recipe in mind for the cooler season. 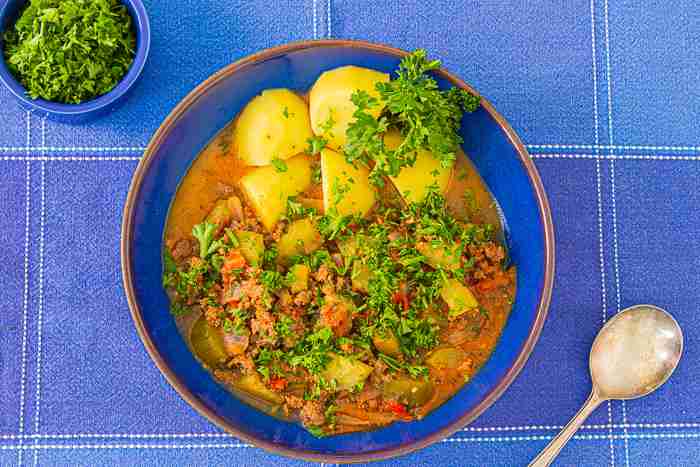 Fresh tomatoes sometimes have a lot of acid and in this stew there is a simple solution to it: Either add some cream or some sour cream to soften the taste. But keep in mind that cream and sour cream also reduce the taste of the spices, so you need to add more salt and more of the other spices to keep the taste up. 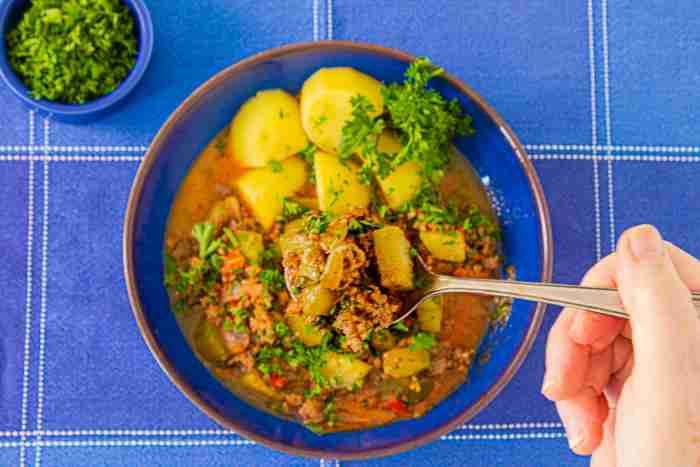 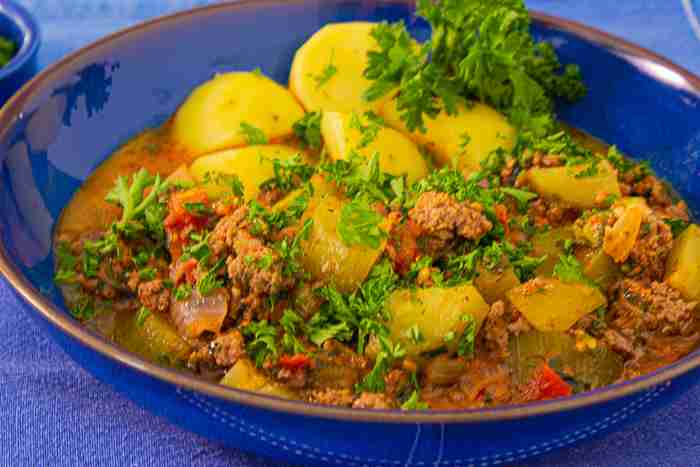 If you really don’t like parsley (is there anyone?), you can leave it out but in my opinion, it is to this stew what the cherry on top is for a milkshake: It pops the colors and tastes amazing in the combination with the other ingredients. If you want to be carefully trying, just put a bowl of cut parsley on the table and everyone can add some or not. 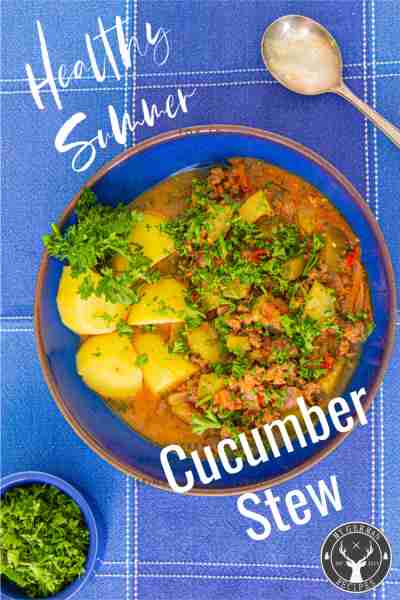 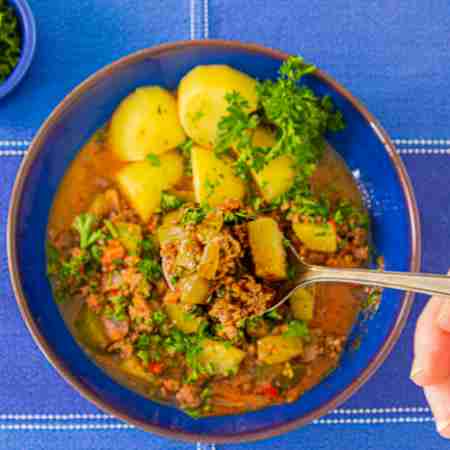 Keyword soup
Tried this recipe?Let us know how it was!