As I child I grew up with a lot of German Potato Pancakes. They were delicious and easy to make and would fill the six of us on a dime. Here in the US, it seems that they are more known as Latke and as a traditional Hanukkah meal.

My parents usually bought a huge sack of potatoes from a nearby farmer every now and then and sometimes we had potatoes to harvest from our own garden. I still use a lot of potatoes in my kitchen and am keeping in mind that they are a cheap but nutritious food. So, it you have to feed a crowd on a low budget, think of potatoes! [Read more about the health benefits of potatoes]

In my childhood, I only knew the sweet potato pancake version, where we sprinkle a sugar-cinnamon mix on top and have some apple sauce at the side. It wasn’t until my mid-20s when a friend introduced me to the hearty version with graved salmon and sour cream. I really can’t tell which version I like better. When I make them, I usually first eat some with the hearty sides and then have some with cinnamon-sugar and apple sauce. 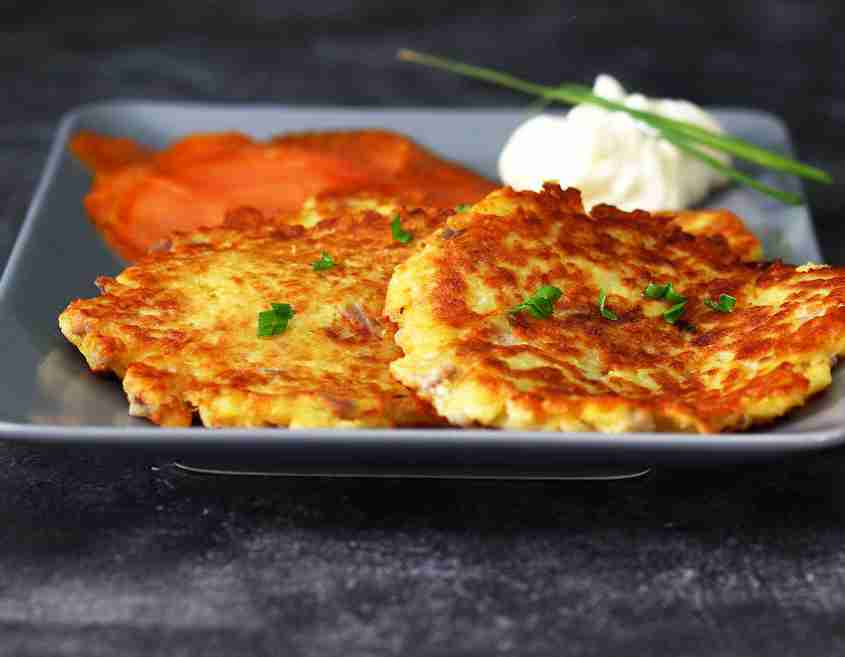 To make this recipe gluten-free, you can simply switch the flour for potato starch. I have made this with potato starch for years and then switched to four. So, both works. 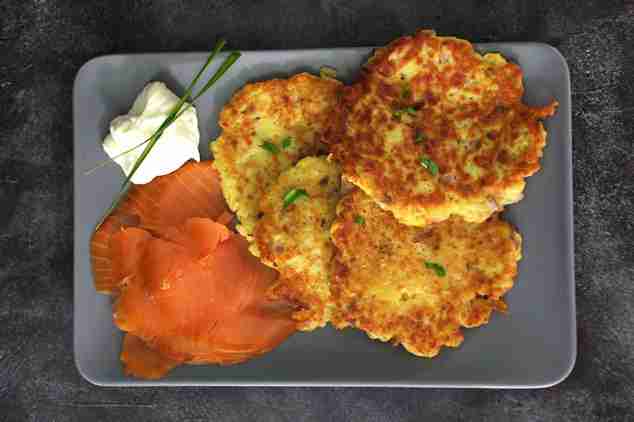 I have to confess that I haven’t tried this, yet, but some of my friends are vegan and they tell me that a mix of flax seeds and water can be used instead of eggs. I can imagine that for this recipe since the point of the eggs is to keep it all together in the batter. My friends make their breakfast pancakes with this substitute and claim that it is just as good as with eggs. So, this should definitely work. 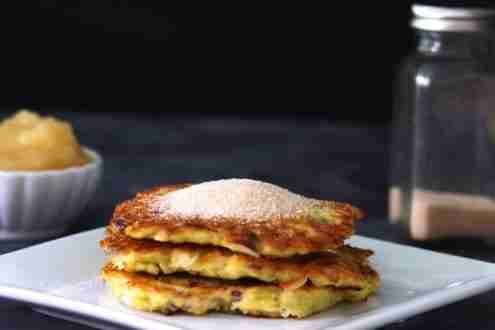 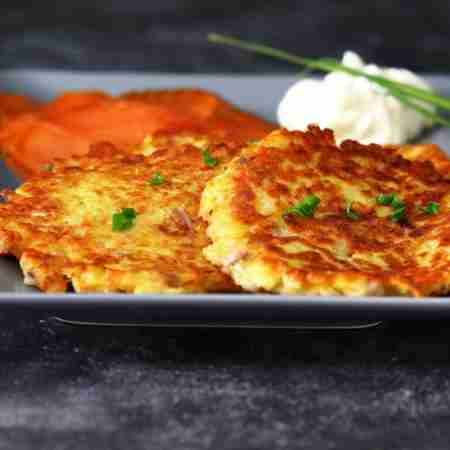 Keyword Kartoffelpuffer, Latke, Potato Pancakes
Tried this recipe?Let us know how it was!