This traditional Buckwheat Cake with Cranberries (Lingonberries) comes from the region called “Lüneburger Heide”, which is in the north of Germany, just south of Hamburg. It is a rather rustic recipe with a very unique taste.

Buckwheat is mostly grown in the East of Europe and in China but also in smaller amounts in parts of Germany since medival times. It is a minor crop in the US, grown in North Dakota, Washington, Minnesota and New York. It is a pseudocereal (like Quinoa and Amaranth) and needs soil temperatures above 10°C (50°F) to grow and it is also sensitive to cold temperatures. Buckwheat is a good crop to grow on fields where a previous crop has failed i.e. due to bad weather. It grows fast and it’s also very tolerant to poor, sandy soils. Buckwheat usually doesn’t need fertilization and even suppresses most weeds.

The triangular kennels, that result from the flowers, must be hulled and should not be fed to livestock with the hull. However, the hulls can be used in little heat pillows. While Buckwheat can be milled into different colors (more milling results in a whiter flour) and made into noodles, pancakes, and cakes, it is often also used as a kind of porridge or like rice.

The taste of buckwheat is very unique and one might need to get used to it since the taste expectations are set from wheat flour.

Video: How to bake Buckwheat Cake

I mention in my video that there is currently a shortage of wheat on the world market. This is caused by the war in Ukraine and results in hight prices for wheat. While we are probably doing OK here in the USA and other rich countries, poorer countries like many regions of Africa cannot afford it any longer. But those countries rely on cheap wheat to feed their population. Now, reducing the demand for wheat in rich countries can help to reduce prices for wheat. So, Buckwheat is one alternative, even if we mix it in part with wheat flour it can help.

For those who are gluten intolerant and used to eating a gluten-free diet, buckwheat is probably not new to their pantry. There are plenty of recipes using buckwheat for gluten-free cooking and baking.

It is also healthy with plenty of protein and essential amino acids. It contains many important vitamins and also Calcium, Potassium, Iron, Zink, and Magnesium.

Since we are already talking about healthy food: Cranberries aka Lingonberries contain plenty of Vitamin C, also Vitamin A and B, Potassium, Calcium, Magnesium, and Phosphor.

Cranberries are not consumed raw but make a pretty delicious jam and compote and are very well known in the US as a side for the turkey at Thanksgiving. I got my Lingonberry jam at IKEA, that’s why I write both names in this recipe since you might need to know that name, too, to find it.

As I noted, buckwheat is gluten-free and therefore often not ideal for baking. But you can make a perfect sponge cake with it. If you want to use it in let’s say a bundt cake, you’ll need to mix it with some wheat or spelt flour to succeed. But there are also ways to make a gluten-free bread with buckwheat like THIS RECIPE.

The Taste of Buckwheat Cake

I’ll be honet with you: The first time I had some buckwheat cake in the 90’s, when there was a hype for it, I did not like it very much. My expectation was for that cake to taste like any other cake but it didn’t. The fact that my sister, who baked the cake, also reduced the sugar to an absolutle minimum didn’t help. But over time, I tried it again and with different recipes and I started to like it. Especially the combination with the tart cranberries is very interesting and delicious. If you want to be on the safe side when you first serve it to someone unfamiliar with the taste of buckwheat, maybe use a bit more sugar (Mary Poppins style) to ease people into the taste. 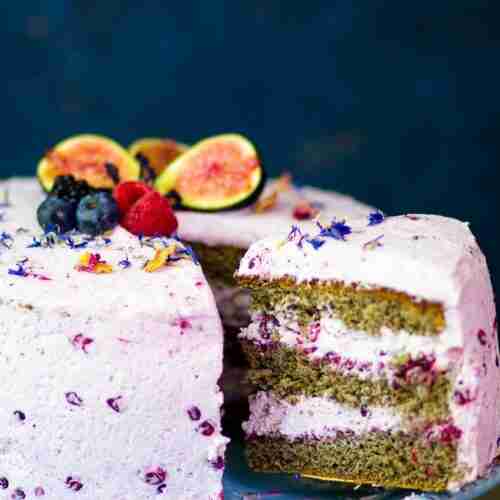 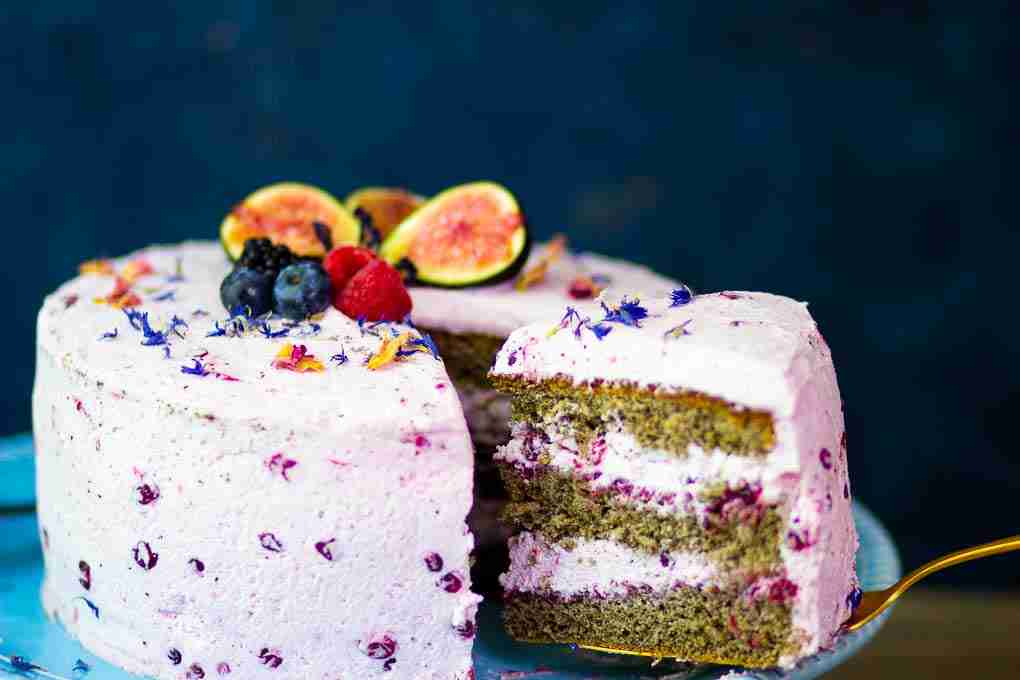