These Apple Yogurt Swirls will surprise you with a dough that seems to be yeast dough … but isn’t! It is made with a quark oil dough (quark oil dough) and since most people can’t get quark outside of Germany, I am using yogurt instead and it works just as good.

In times, when yeast is scarce, it is good to have an alternative but this dough hasn’t been an invention during the Corona Crisis. In fact, it is around since many, many years. We use it when we have not enough time for a yeast dough with all the rising etc. and there are many uses of quark oil dough (or in this case yogurt oil dough). Made with either more sugar or more salt, it can go in both directions: You can make things like a pizza with it, sausage in a blanket, or bake a sheet cake or swirls or little cakes with this dough …

There are different recipes for it, often requiring an egg and milk. My recipe is much simpler but just as delicious and soft.

… because I know you will be asking how to make the pizza dough, I will add that recipe at the end of this post. You’re welcome!

How to make Apple Yogurt Swirls

You can chose to make the Apple Yogurt Swirls just as I do them in the video but you can also try other variations. You could, instead of using apricots, use some other dried fruit that you think goes well with apples.
In my recipe, I like the combination of the sweet apricots with the tart apples. The lemon zest and the glaze with lemon juice emphasizes this even more.

I can imagine that using rhubarb instead of apples could taste great, too. In late summer or fall I think peas would be great with this or how about some plums? So, basically what I am saying is, that you can experiment with this quite a bit and if all ideas fail: Make it into cinnamon rolls.

In the video, I made a little mistake and accidentally put the entire sugar into the dough. It was meant to be only 75 g and the remaining 25 g should have gone into the filling. However, I think it was a lucky mistake because the dough is barely sweet and in my opinion needed the extra sugar. So, I changed the recipe to this. 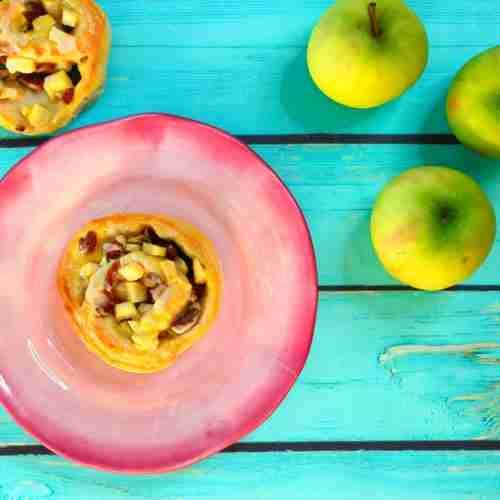 Keyword baking, cookies, rolls, sweet
Tried this recipe?Let us know how it was! 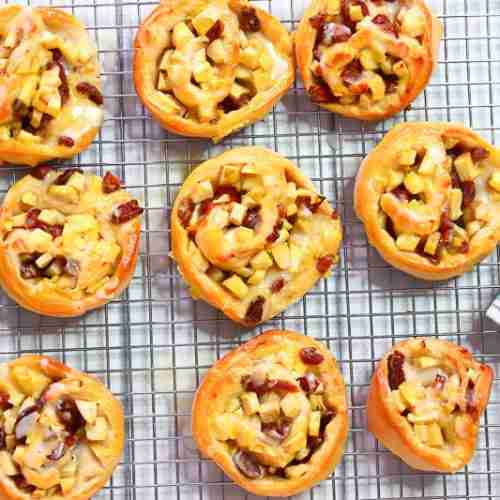